This term refers to the degree of participation and involvement of your followers, i.e., engagement with your brand. On Instagram in particular, any type of interaction is valuable and could be an indicator of engagement, be it likes, comments, saves and shares. But, it’s not just about getting interactions merely but about creating a community around your brand that, in the long run, makes it grow.

Is there such a thing as SEO on Instagram? Of course there is, and you should develop it professionally to reach a larger audience and active followers.

Once you have obtained the results of the engagement rate of each publication, it is time to compare them and analyze which are the contents that get more participation and which are those that do not work so well.

It is important to keep in mind that the engagement rate varies depending on the number of followers. In general, the more followers an Instagram account has, the harder it is to get audience engagement. So as your followers increase, your engagement rate will most likely decrease.

Between 1 and 1000 followers gets an engagement rate of approximately 10’58%.

Between 1 million and 10 million followers the engagement rate is approximately 1.55%.

More than 10 million followers the engagement rate is approximately 1.54%.

Theory by
the blog

Why is it necessary to improve engagement?

TIPS TO IMPROVE YOUR ENGAGEMENT

1. Identifies the type of interaction generated by each type of content.

This is the most valuable tip and the one that should be explained in more depth.

The same user will not generate all the interactions in a post. When a call to action of “like, comment and share” is made, we disperse the action that by nature was going to be performed, because we give too many orders at the same time. The trick is to detect the common interaction for the type of content in question, in order to focus the call to action to a single interaction, thus maximizing the number of interactions of the publication.

What is the type of content for each interaction?

Saving content: these are long-form posts such as videos and carousels. They should be designed with an attractive title so that the expectation makes the user reach the end. Include knowledge that cannot be found elsewhere to make it interesting.

Content with more likes: likes are indicators that something is being achieved in the other indicators and interactions. It is a quick way to evaluate a publication. By themselves, likes do not mean anything. + comments + shares + shares + saves = + likes, but likes alone = nothing.

This is in turn related to the previous point. Understanding the types of content that exist allows you to prioritize one over the other according to the impression you want to generate in your audience. By understanding the particularities of your audience, you will be able to identify which are the contents they are most interested in, also by analyzing the insights of your publications.

3. Publish frequently and at the busiest times

The more followers are online the better for the visibility of your content. Instagram insights allow you to observe the most popular hours of your audience. By taking this into account you will be able to improve your engagement.

Another aspect you should take into account is the frequency of publication. Some companies publish once a day and others publish up to 3 times a day. To find out how often you should publish, the best thing to do is to test and analyze the results. And then establish what your periodicity is going to be. Creating a content calendar for Instagram will help you to organize and plan when you will publish each post.

4. Interact with your followers

Social networks are bidirectional, if you want to have engagement you must also give attention to your followers, responding to their comments, being aware of their messages, their suggestions, this will not only help you improve your brand and company, but you will create a relationship with them so that they are loyal and generate a community around your business.

As we mentioned in the first point, this call to action is essential to achieve interactions among your followers. It is a way to generate engagement because this way you will be able to realize that your followers are aware of your publications and the messages you are transmitting to them. To these Call to Action (in addition to the like, comment, save and share) you can add purchase buttons, surveys or questions.

Have the professional account, create the basic data, tags and keywords, with the corresponding services. With Instagram your business can grow faster than with most other channels and project yourself as a first contact. interested?

It is a fundamental aspect for Instagram SEO and to improve your reach and visibility. The Hashtags of your sector are essential in the first instance, make a consultation of what they are to use them, in addition, you must define a certain type of hashtag for a specific type of publication. We recommend you to create your own hashtag, exclusive for your brand; it can be the name of your business, one of your products, a specific campaign… Encourage your customers to use it in their publications, this way, you will have content generated by your followers and it will make it easier for users to find publications about your products.

If you ask your customers to post photos of your products or services using your brand’s hashtag, you can share those images on your account, always mentioning the author. It’s a way to show that your customers are satisfied and it’s an opportunity to involve them in your brand and make them feel special. In addition, this builds trust among other followers who are still unsure about purchasing your products or services. Once you start sharing content created by your customers, more people will start using the hashtag and sending you their photos.

When you find them at the top of the home page, many users the first thing they do when they open Instagram is to enter to see the Stories. If you post content frequently, you can turn your followers into real fans of your brand.

Note: take advantage of the different functions to encourage your followers to interact, such as polls, emoji slides or questions. It is a very simple and quick way that, in general, works very well. As I mentioned in the previous point, you can also share content created by your followers.

9. Generate interaction tools in your Stories

This type of interaction makes your stories appear at the top of your followers’ story feed. These can be polls, questions, reactions, of all kinds; it is usual to use question boxes for your followers to ask you questions about the brand and learn a little more about it, or to solve their doubts and you can answer them right there; polls are also good with fun content to generate a space for entertaining your followers; double choice questions are essential to make decisions about your brand and take into account the preferences of your followers; and reactions are good for asking questions related to some kind of percentage or indicator related to your brand. Another very useful option are quizzes, since users like to demonstrate their knowledge. Prepare questions related to your business or sector. Don’t be afraid to be creative and innovative.

We will soon provide you with a guide to optimizing Instagram professionally. So you don’t miss out on this, simply sign up. As soon as the guide is ready, we will automatically send it to you.

10. Add the location in your publications:

This is a very useful feature to increase your visibility, since potential customers who are close to your business can find you more easily. In addition, Instagram has a feature where people can see the most recent and featured posts in a specific location.

Every business is different, so it is important that you analyze the tactics that work best to engage your audience. Remember that your main goal should be to create a community of loyal and active followers, rather than having many “likes” or thousands of followers, so the main thing is to focus on sharing valuable content. 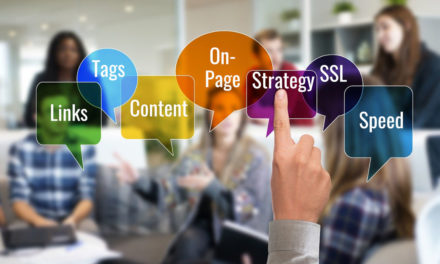 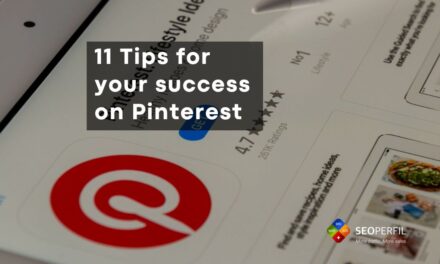 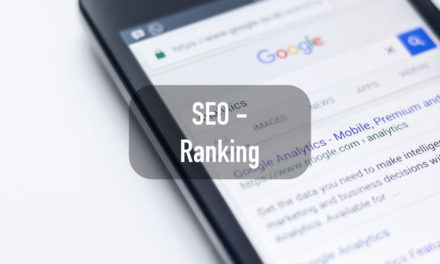 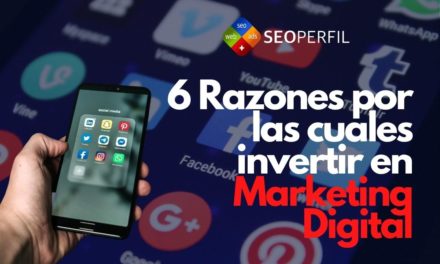 More than 200 seminars and workshops per year
Questions?
E-mail: info@seoperfil.com 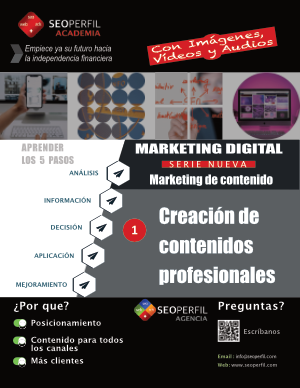 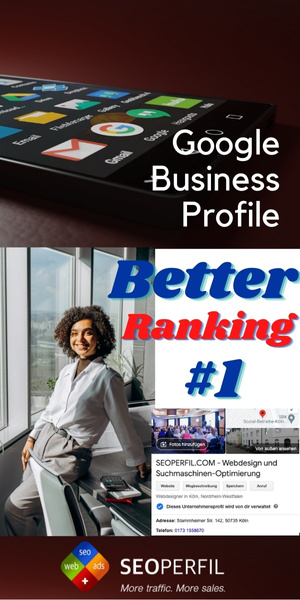